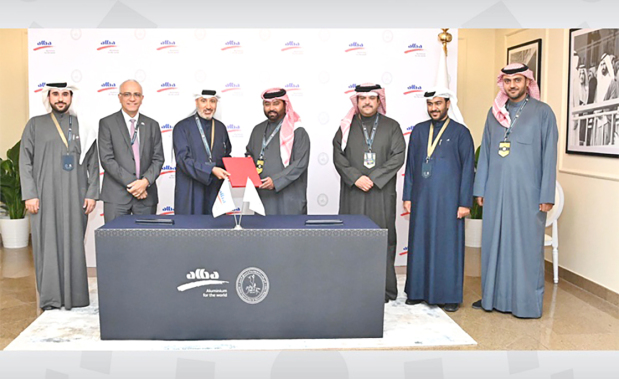 REHC and Alba officials at the contract signing

THE Rashid Equestrian and Horseracing Club (REHC) yesterday signed a contract with Alba on sponsoring the development and operation of the club’s grandstand.

Shaikh Isa expressed his appreciation for Alba’s co-operation with the REHC, and noted their ongoing support and contributions to races and events organised by the club.

The contract was signed by REHC executive director of regulatory affairs Shaikh Salman bin Rashed Al Khalifa and Alba CEO Ali Al Baqali in the presence of top officials from both sides.